Oscar was an owner surrender in September, 2016.  He had been adopted out but when he experienced a sudden traumatic disc rupture, he had to come back into Boykin Spaniel Rescue (BSR) when the estimated cost of care proved prohibitive for the adopter. Oscar's former foster flew to Atlanta to pick him up after surgery and take him home to Texas to rehabilitate in familiar surroundings.  She had also had experience with spinal injury and surgery in her own Boykin so was familiar with Oscar's needs.

However, after several weeks had passed post-surgery, it was clear that Oscar's prospects of ever walking again were not good and that BSR needed to focus on helping rebuild a life for him as a special needs, paralyzed dog.  A Permanent Foster Care (PFC) family was found for Oscar and his first foster tearfully watched her beloved boy move on to his next chapter in life.

With his PFC family, Oscar has shown incredible spirit and resilience. Although he cannot walk, he is a master of fast scooting, wheelchair racing, and swimming. 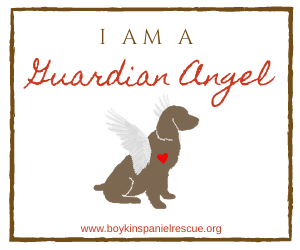 You Can Be Oscar's Guardian Angel 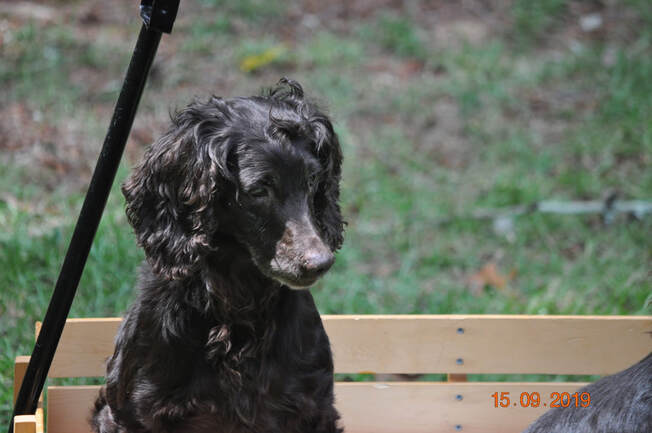 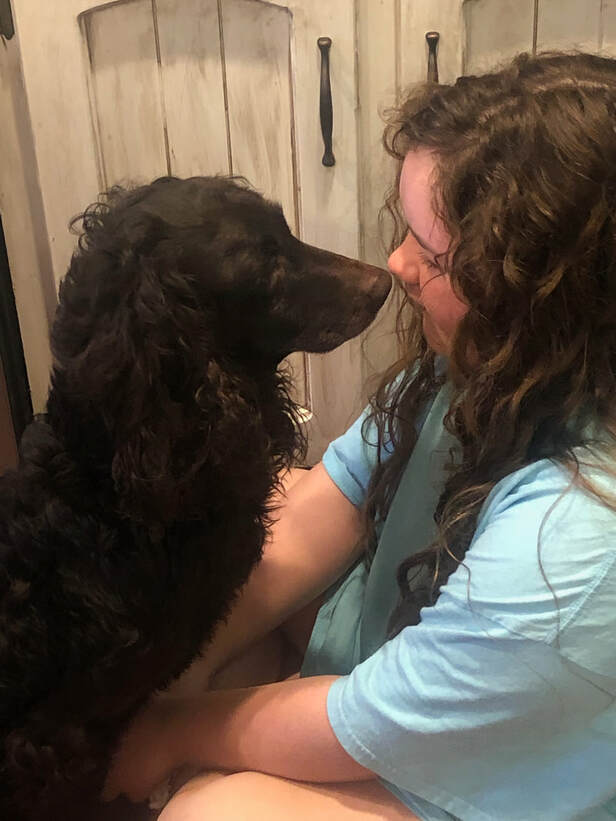 A permanent foster family was located, but they live in South Carolina.  How to safely transport?  Volunteers Ann & Chap Breard offered to fly Oscar in their private plane.  Two other volunteers, Eric Grubbs and Blaine Tarnecki, met the plane and transported Oscar to his permanent foster family in South Carolina.
Settled in with his foster family, Oscar begins his rehabilitation October 31st.
While Oscar continues his work at the rehab facility, he is surrounded by an incredible family who is providing therapy of the heart. With all the change in his life, Oscar suffers from severe separation anxiety.  The kids are learning how to work with Oscar to do his daily exercises!
November 7th:  First day of laser therapy and acupuncture therapy.  He did this in addition to his treadmill therapy. His foster reports that he is starting to use his muscles. 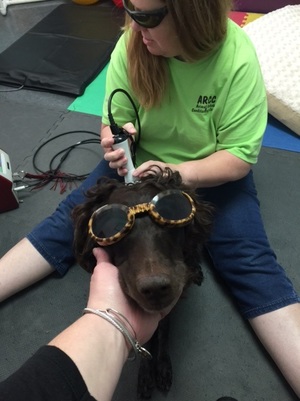 At home, his fosters work with him daily to regain use of his legs and bladder.
November 18,2016 Oscar is starting to move his rear legs!
November 29th Oscar's Cart Arrives, he is fitted and He is Off!
December 9th, 2016  The Hard Work of Therapy is Starting to Pay Off!
December 12th, 2016 Independence! 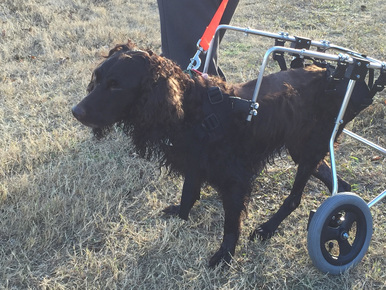 December 24, 2016 With Visions of Sugarplums Dancing in His Head!  Special thanks to volunteer Susie Martin for making this outfit to protect his surgical incision area! 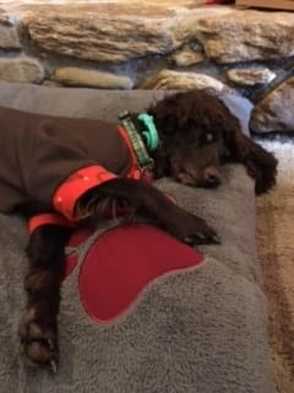 New puppy in Oscar's Foster home..... and Oscar is taking great care of him.  He has a purpose!
March 10,2017  Oscar went to therapy today.   He continue to be happy and spoiled rotten.  he sings to us the song of his people (howls and barks) when we have to leave him.  He continues to stand briefly on his own.  We are still very impressed and hopeful that he will get up and going soon.  It may never be "pretty" but we do think he will walk on his own again!

Special Thanks to Doggone Wheels for their incredible generosity! 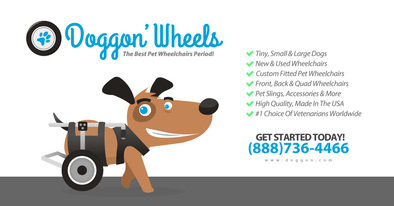