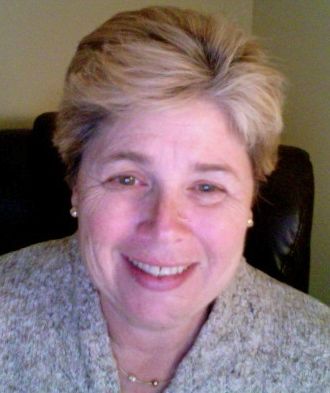 Laura Haight
Laura's passion is empowering her clients with the tools, information, support and confidence they need to fully utilize the power of emerging media and new technology.

Her background in media and technology gives Laura a broad range of experience to bring to clients who want to raise their communications level, utilize new technology to reach their target audiences and work effectively with third-party service providers. She is an advocate for her clients, bridging the gap between business and technology, translating complex technical issues into actionable business concepts and making sure they get what they are paying for across the board. 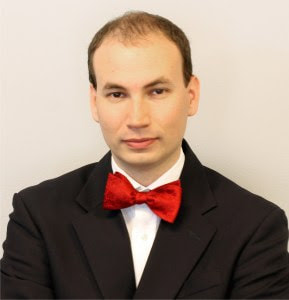 Robert K. Merting, Esq.
​Robert K. Merting was raised in the Lowcountry of South Carolina where his father, a small business owner, taught him about the outdoors, shooting, hunting, and fishing. His Uncle gave him his first Boykin, Tessa, when he was 13.  He developed a love of the outdoors, Boykins, and firearms that he carried with him to college at Wofford in Spartanburg, SC. While at Wofford, Robert was a member of the college Rifle Team traveling throughout North Carolina, South Carolina, and Georgia to train and compete.

After college, Robert first entered business with Milliken and Co. in Barnwell, SC. It was during this time that Tessa passed. Shortly after, he enrolled in law school at Washington and Lee University in Lexington, Virginia.

Upon graduation, Robert returned to the Upstate of South Carolina where he practiced as in house counsel to a defense contractor for a short time. He married Erica in the same year, and by 2012 Robert created his own law firm, R. K. Merting, LLC, and merged his interests in the law and entrepreneurial spirit. At the same time he and his wife began volunteering with Boykin Spaniel Rescue and adopted their first Boykin together, Anna Belle.

Today Robert and Erica reside in the Upstate  Anna Belle, and Darcy, a West Highland Terrier. They proudly support BSR and the mission of the organization. 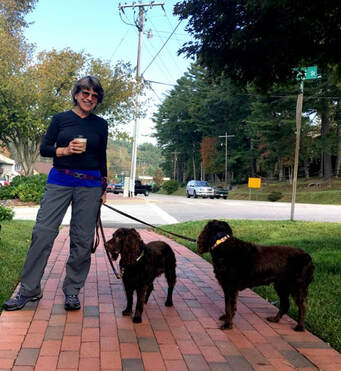 Peggy Vitolo
Peggy has been a Boykin Spaniel owner for over 30 years.  Peggy and her husband, Richard, are on their 7th Boykin and their 2 current Boykins are both rescues. The others died of either old age or cancer. They nursed each of them to their last days, giving them the best possible quality of life, including doggie wheel carts for 2 of them enabling them to retrieve and go on walks literally until a few days before they died. All of their dogs were obedience trained and one was Therapy Dog International certified;  she believes a well managed dog makes for a happy, stable one.

After a corporate career, where she served as an Executive Coach and Change consultant, Peggy retired and became a dog trainer in 2008 for Star Dog Charlotte, a dog training center in Charlotte, NC. As a trainer she did home lessons, led obedience/agility classes, taught the Therapy Dog  course and worked with dogs going to veterans. Her previous career coaching people served her well as a trainer, since much of dog training is persuading the humans to change how they interact with their dog! Peggy is a certified dog trainer through the International Association of Canine Professionals and a Canine Good Citizen evaluator through the American Kennel Club.  Since moving to Nebo, NC, Peggy has continued to do dog training under her business Sirius Canine Coaching.

Peggy has worked with rescues for over 14 years. As a volunteer for Charlotte Mecklenburg Animal Care and Control, she was exposed to shelter dogs and the efforts to adopt them out while in a high kill environment.  In 2004, Peggy joined BSR™ as a volunteer and took over the role of Regional Co-ordinator for Western NC a few years later. Most recently she relinquished her RC duties to spend more time doing phone consultations with BSR™ fosters, owners and adoptive families on behavior and training issues.  Peggy also oversees the writing of biographies for the website to ensure consistency and full disclosure regarding the best forever home environment for the BSR™ Boykins.  Peggy served on the BSR™ Board of Directors 2016-2018. 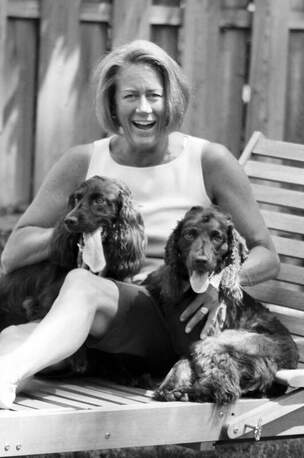 Julie Winters
​Julie serves Boykin Spaniel Rescue™ as a Grants Advisor. She has volunteered for BSR™ in several capacities on the Operations Team, including writing successful grants applications.

For the last 11 years up to retirement, Julie created and led grant programs on environmental finance, and to capacity build/support local governments and watershed organizations in Chesapeake Bay restoration and sustainability. Managed Innovative Nutrient and Sediment Reduction Grant and the Small Watershed Grant Programs which have provided more than $120,000,000 for on the ground restoration and conservation projects. She managed the Virginia implementation and restoration grants, $6,000,000 annually, and led the citizen monitoring grant program for the EPA’s Chesapeake Bay Program, $350,000 annually.

Julie has served on several Boards for environmental and community organizations, and has written successful grant applications that awarded more than $550,000 for implementing mission critical projects.